Important information for transports after Brexit

Following Brexit, the EU-UK Free Trade Agreement (FTA) regulates trade in goods between the countries of the European Union and the United Kingdom, which changes a number of things for logistics specialists. In the first few days after Brexit, this had already had a major impact on the movement of goods – many companies on both sides of the channel had filled their warehouses in advance due to concerns in order to avoid being confronted immediately with the new challenges in customs formalities. The result: At the beginning of 2021, the truck traffic between the British island and the EU mainland decreased significally.

Customs and import declarations are now required for all goods imported into the EU from the UK (and vice versa), because Great Britain is no longer part of the EU customs union, what means: All types of goods transported in a container must be declared. This process can be streamlined if the shipment only consists of a single commodity (such as men’s shirts). However, when transporting different kinds of goods, they need to be listed individually in the declarations – which means lots of bureaucratic efforts for shippers.

In the case of EU member Ireland, this led to major problems at the beginning of the Brexit, because many food products are imported from the UK. The shelves in many Irish supermarkets remained empty as British suppliers underestimated the burden of customs and import procedures by filling in the paperwork. For logistics, this means that companies need to invest more time and therefore more staff to export goods from or import goods to the UK. Surveys by freight forwarders showed that many of the shipments to Great Britain had incomplete and incorrect papers at the start of the free trade agreement – the level of reworking required was immense.

The EU-UK Free Trade Agreement specifies that no tariffs shall be applied between the island and EU countries. Nevertheless re-exports are a major problem: if goods from China arrive at a British port, the British import duty becomes due, for example, if they are transported to a company’s warehouse by truck. Should these goods subsequently be further exported to an EU country, an import duty will be levied again on these items. In this case, companies have to deal with decreasing profits, especially for low-value goods.

The double customs duty can only be circumvented if the goods imported from China to the UK are stored in transit storage facilities before they are transported on to the EU. As a result, logistics also face major challenges, as imported goods now have to be separated at the ports. Freight is distinguished between goods going directly to the UK and those that stay in a transit warehouses for further transportation. This is a level of work that many companies are not prepared for yet and which also incurs additional costs. Setting up transit storage facilities is not free of charge either.

Restrictions on the acceptance of goods

Whilst the FTA allows the free movement of goods between the UK and the EU without further restrictions, British freight forwarders in the EU may only unload and accept one cargo at a time. Previously, three stops, for example at different warehouses, were permitted.

Digitalization as a solution

Despite all the challenges caused by the Brexit, there are also opportunities for companies to make their supply chains more transparent, flexible and secure. Digital solutions help to ease the coordination between all parties involved in the supply chain: everyone can access the same system at any time, in case of changes in the transportplan (for example due to a congestion at a seaport) the cargo can be rerouted to another route and transit storage sites can be modified as well. Furthermore, customs formalities can be simplified with digital solutions such as those offered by Forto. In fact, all parties involved in the supply chain have full transparency regarding the content of each container down to product level. In addition, a digital solution helps to keep track of all documents required for import procedures. Thanks to digital checklists, no outstanding documents will be forgotten. This saves time, costs and stress with customs declarations.

If we can support you with the handling of your shipments to Great Britain, just get in touch with us here. 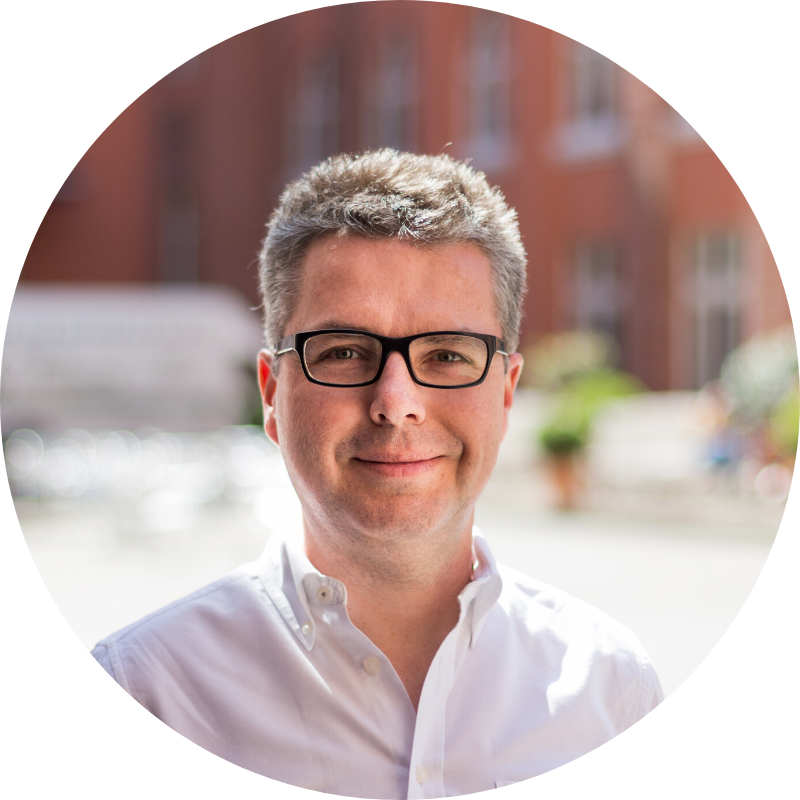 Carsten, the graduate in business administration for logistics and business informatics, is your expert in the field of logistics. As Vice President Logistics at Forto, Carsten contributes his many years of experience from leading positions in logistics at well-known companies such as IM+C AG, Betty Barclay and Tom Tailor. His areas of responsibility include the planning, management and control of our transport and exception management. Carsten has been sharing his passion for the logistics sector with our team since mid-2018. In addition, the passionate Karlsruhe SC fan has been spending his summer holidays in the Palatinate for many years and enjoys its numerous outdoor activities with his family.

The Forto GmbH was founded in 2016 under the name FreightHub by Ferry Heilemann, Erik Muttersbach, Michael Wax and Dr. Fabian Heilemann in Berlin. We develop groundbreaking, scalable, digital logistics technologies and services that go far beyond the transport from A to B. Our easy-to-use and intuitive platform enables our customers to optimize and manage their entire global supply chain. With over 2,500 customers and 10 offices worldwide, we currently employ over 400 people. We are passionately committed to global trade and strive to increase global prosperity while driving sustainability.

In order to provide optimal user experience, we use cookies on this site. By clicking “Accept”, you consent to the use of ALL the cookies. However, you may visit Cookie Settings to provide controlled consent